The 16-year-old defender, who plays at both centre-back and left-back, is one of the most promising youngsters to emerge at PSV in years and there were hopes he would make the first-team.

However, according to Dutch outlet ED, Maatsen has informed the club that he will be completing a move to Stamford Bridge ahead of the 2018/19 campaign.

The Netherlands Under-16 international was offered a three-year contract to stay on at PSV but decided against signing a deal.

PSV are unable to compete financially with Chelsea and will receive a training fee of €110,000 (£97,000) from the Blues. The Eredivisie outfit will also get a cut of any future transfer for the teenager.

Maatsen has been compared to former Chelsea defender Nathan Ake who arrived from Feyenoord back in 2011. The Dutchman is the second player to leave PSV in recent weeks after Jayden Braaf, 15, sealed a switch to Manchester City.

It’s understood Maatsen will join up with Chelsea’s Under-18 squad next season.

Chelsea has decided their preseason fixtures for this summer – at last.

It’s taken a quite ridiculously long time to sort them – but then again the club has some other issues to sort out right now. We won’t go into that here.

There are some interesting fixtures in there, but it’s quite a short list. After starting off in Australia we get much closer to home with a trip to France, then Ireland, then two games in London.

Playing Lyon two days after the Community Shield is a little odd too.

At least doesn’t involve traipsing around South East Asia or the United States which is nice, but it does seem a little truncated.

At least the new manager – should one ever actually be appointed – will get plenty of time on the training pitch with his new charges. 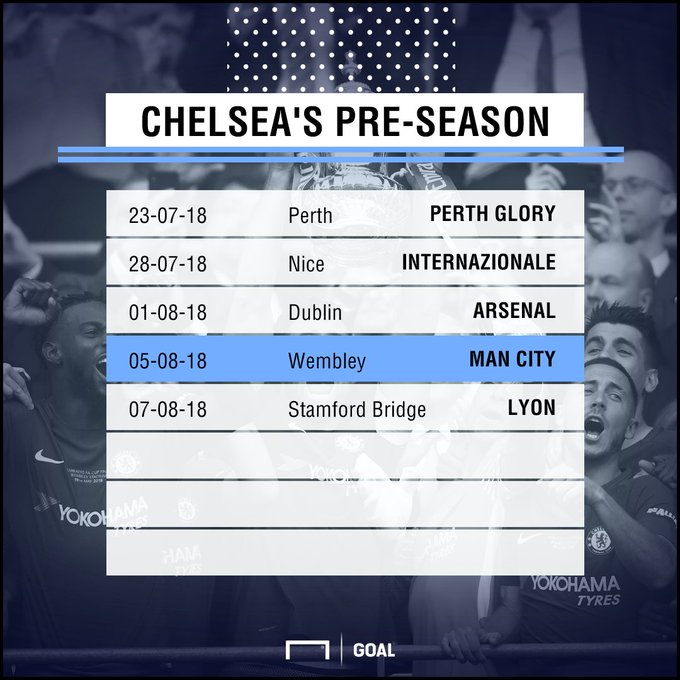